Mexico City based, he has been published in ELLE, VOGUE, Marie Calire, Vanidades, Haunted Magazine, Photography Master Class, among others. Now his work is exhibited in a New York Fine Art Gallery, THESE FINE WALLS.

We are so pleased to have the opportunity to interview Mexico City photographer Jvdas Berra, who was recently showcased as our leading home cover photo.

Jvdas Berra : Italian mother and Mexian father, was born in Mexico on January 23, 1987, he studied film production. At the age of 18 he published his first science fiction book followed by two sequels. Currently he has chosen to engage in fashion and advertising photography. He has worked for multiple designers, modeling agencies, advertising campaigns and national and international journals, obtaining a rapid professional growth, which has earned him recognition as one of the most promising talents in photography after only two years of career.

Mexico City based, he has been published in ELLE, VOGUE, Marie Calire, Vanidades, Haunted Magazine, Photography Master Class, among others. Now his work is exhibited in a New York Fine Art Gallery, THESE FINE WALLS.

In His own words: "My work is a mess, my photography has no technique, it is a living and worldly refelction of the need to capture the beauty in front of my eyes, a volatile and explosive flash of what makes me feel a gushing happiness and excitement, however, as fast as born dies without leaving a trace."

Did you go to school or teach yourself?

I studied film directing, but I have never taken nothing related to photography. I teach myself.

To capture the beauty of an specific time.

Why did you choose the fashion industry?

I love fashion since I can remember. I grew up watching my mother dressed and styled with the latest fashion of that time. Versace, Dior, and Chanel were very recurrent in her closet. Also I remember her room was filled with hundreds of magazines like Vogue, Elle, and Harpers Bazaar and I read them all. I was never a stranger to that world. Fashion also lends itself to creating hybrids, as I mix it with fine art.

How would you describe your style?

Irreverent and lacking in technical.

What’s the thing you like the most about being a photographer? And the least?

The Most: To know new people, to visit new places and to create emotions and aphrodisiac worlds. The least: I think so far I have not found anything I did not like.

Who was a big influence for your work?

Where do you look for new ideas and inspirations?

Do you remember an almost impossible shoot to produce?

Of course. Recently I was invited to participate in the Mexican version of America's Next Top Model. The challenge that the models would have to do would be to make a underwater photo shoot. The pool was very deep and the girls had a heavy belt to keep them in the bottom, the problem was not the belt, were the huge dresses that did not allow them to pose to the camera. That and the short time given to them to pass the test, but the pictures were terrific and one of them produced the best pictures of the program's history. (Drowning Princess, above)

What do you like to shoot on your down time?

Do you prefer to shoot on location or in a studio?

Location all the time! In the studio I get bored very soon. I love natural light and the landscapes help me create windows to other worlds.

What was the best location that you shot at?

There are many, but my favorite would be the Volcano called Nevado de Toluca.

What did you wish you would have known before you started?

To understand the light.

What advice would you give to those just starting out?

To not stop doing photographs. Practice all the time.

Where do you see your career headed?

I see myself in the best covers from around the world as well as in the sumptuous campaigns for the best brands. Taking pictures everwhere and my name next to Mario Testino, Patrick Demarchelier, Steven Klein and more. I hope so...

Luxury Snapshot hosts the best creatives in the industry. See if you qualify to join the best. 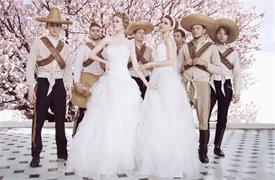 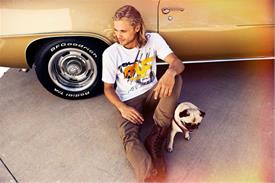